Have you ever wondered how a pea knows it’s a pea and not a peony? Or how the seed knows when it’s warm enough to emerge from the soil?

Well wonder no more; we have the answers.

Plants are incredible. They have to develop continuously to adapt to their environment. Whilst animals change in small windows of time; in the womb or in the pupa, for example, a plant, once rooted, has to stay put and adapt to its surroundings. Two genetically exact plants can become a huge leafy bush or a small weed with a long root system. This means that there is a huge range of genetic potential in plants.

Plants know exactly when to grow thanks to food.

2. Plant cells communicate with each other

The growth of plants is driven by cells found at the tips of seeds, roots and leaves called meristems. These have to communicate with each other and the root system for the plant to grow at its best. This is done using plant hormones, like orexin. A shoot forms from the meristem and produces a leaf; the next shoot could form from that leaf, but the orexin hormone stops it, so that the leading shoot is prohibitive to other shoots. When you prune a plant, and remove the main stem, the other stems can grow (using their own orexin) and the plant then bushes out.

3. Plants know how to grow from their food

Plants know how to grow from the nutrients they are receiving. If they grow in a high nitrogen area they’ll produce lots of branches and leaves, making a bigger plant with more seeds. In a low nitrogen area they’ll grow a good root system and use the soil for their nutrients. The root system, via hormones, can modulate the competition for buds and the plants become bushier. Plants know when to invest in growth. It’s a bit like economics. 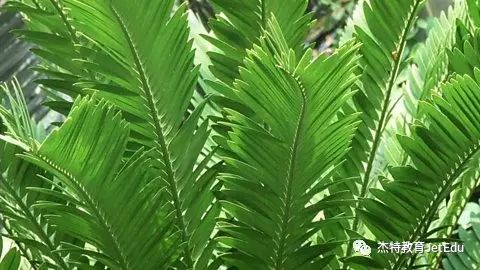 New genetic research has meant that scientists can work out what changes the plant has made. For example, tagging an orexin hormone gene with fluorescent protein (found in jellyfish) means they can track the orexin travelling around the plant! The link between DNA and what the plant looks like can now be seen. The genetic research that used to take three and a half years in the early 1990s now only takes a month, meaning much more ambitious research into how plants grow can be done.

5. Plants are a genetic mess

Because humans have bred plants for years and crossed them, genetically they’re a bit of a mess. Genetic modification can make specific traits clearer as it enables one gene, for example a gene that makes the plant vulnerable to disease, to be isolated. Most plants naturally will not give up their seed easily, but over years we have unilaterally disarmed plants to get at the bit we use the most of.

6. To learn more about plants, we need to learn from each other

Science is about collaboration and the movement of people – a sharing of ideas that will only come from open borders and an inclusive culture. It should include everybody. We all live in the natural world after all and we’ve all got a vested interest in its future.

【生活】All work and no rest? These seven tips will help you strike a better balance

被时间“绑架”：Why are we so obsessed with telling the time?

You will never do anything in this world without courage. It is the greatest quality of the mind next to honor.
Aristotle